Narrow-angle glaucoma (also known as Closed-Angle Glaucoma) is much more rare and is very different from open-angle glaucoma in that eye pressure usually goes up very fast. This happens when the drainage canals get blocked or covered over. The iris gets pushed against the lens of the eye, shutting off the drainage angle. Sometimes the lens and the iris stick to each other. This results in pressure increasing suddenly, usually in one eye. There may be a feeling of fullness in the eye along with reddening, swelling and blurred vision.

The onset of acute narrow-angle glaucoma is typically rapid, constituting an emergency. If not treated promptly, this glaucoma produces blindness in the affected eye in three to five days. Symptoms may include:

Everyone should be checked for glaucoma at around age 35 and again at age 40. Those considered to be at higher risk for narrow-angle glaucoma, including those who are Asian, farsighted or over the age of 60, should have their pressure checked every year or two. Because of the rapid, potentially devastating results of narrow-angle glaucoma, you should seek medical treatment immediately if you experience any of the above symptoms.

During eye exams, your doctor will use tonometry to check your eye pressure. After applying numbing drops, the tonometer is gently pressed against the eye and its resistance is measured and recorded.

An ophthaolmoscope can be used to examine the shape and color of your optic nerve. The ophthalmoscope magnifies and lights up the inside of the eye. If the optic nerve appears to be cupped or is not a healthy pink color, additional tests will be run.

Laser iridotomy is a common treatment for narrow-angle glaucoma. During this procedure, a laser is used to create a small hole in the iris, restoring the flow of fluid to the front of the eye. In most patients, the iridotomy is placed in the upper portion of the iris, under the upper eyelid, where it cannot be seen. Filtration surgery is performed when medicines and/or laser surgery are unsuccessful in controlling eye pressure. During this microscopic procedure, a new drainage channel is created to allow fluid to drain from the eye. 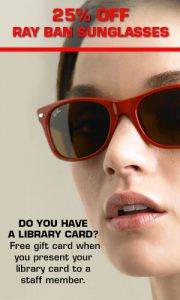